Burgess Sharp & Golden attorney Peter Camps represented Ira Township Fire Chief Jason Keller following his suspension due to what some officials cited as potential liability issues at an incident on May 4th. See the full story on TheTimesHerald.com and read a republished excerpt here. 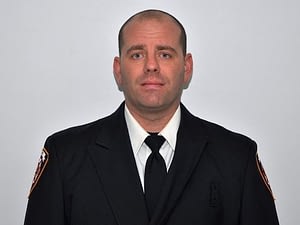 Ira Township has reinstated its fire chief exactly three weeks after the incident that first spurred his suspension.

On Thursday, the board voted 3-2 to end his administrative leave in what was its third special meeting on the matter. The meeting was over in less than five minutes, and there was no formal discussion.

Afterward, Keller kept his comments brief, adding that he was “looking forward to getting back to work.” He also thanked the residents, friends, and family who had supported him.

His attorney Peter Camps has said their intent was always to get Keller back to work, and on Thursday, he said they were glad the board “finally did the right thing.”

During the first special meeting May 15, Keller said many of the bystanders who assisted were also firefighters.

Among them was Daryl DuPage, Clay Township’s former fire chief who was ousted at the start of the year, as well as Mike Holt, the former Ira chief whom Keller replaced after he pleaded guilty to embezzlement in late 2014.

Last week, Keller said DuPage was the only name officials brought up when questioned. Camps, after Thursday’s meeting, reiterated their belief the suspension had been political. Clay Township officials haven’t publicly stated the reason for DuPage’s termination, and he has filed a suit against them.

“We’re pleased that the majority of the board pushed back against the obvious political pressure that was coming from Clay,” Camps said. “Finally did the right thing, reinstated Chief Keller. We can only hope the Clay Township board and supervisor will come to their senses.”