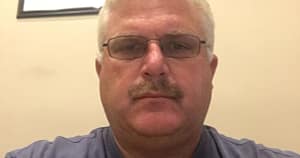 In the complaint filed in St. Clair County Circuit Court, the township and five officials are accused of mishandling or ignoring the reporting of information about ferry fees to a federal grant agency and neglecting to pay some overtime to firefighters.

The complaint also notes DuPage was terminated after airing his concerns over the issues.

“We want to get it right,” said Heidi Sharp, DuPage’s lawyer. “Instead of investigating and following up, they fired him. He was fired pretty much (when) he was doing a pretty good job one week and then the next week he was having meetings with trustees.”

DuPage had been a longtime employee of the township’s fire department and a fire chief for several years before Sharp said he was unlawfully terminated.

She also said the issue affected his good reputation in the community. “He loved his community and he still does, and he’s trying to do the right thing,” she said.

The complaint’s first count alleges the township violated the Michigan Whistleblowers’ Protection Act and its second that he was wrongfully discharged when he brought issues up of potential fraud.

Its third count claims the decision had been intentional and retaliatory.

The date of the complaint is Feb. 23, and Sharp said the township has 28 days to file a response.

She said the township had received a version of the draft complaint in early January before the board voted 5-2 to fire DuPage but did not respond to resolve the issue outside of court.

“I know that Daryl didn’t come to this decision lightly,” Sharp said. “But he knows it’s the only recourse at this point (so) that he receives the justice that he deserves.”